Union University students give back to community

JACKSON, Tenn. — Union University is using an annual event to say “thank you” to Jackson. 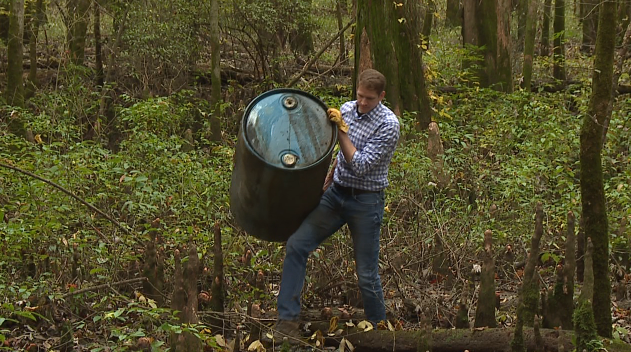 Tuesday is the 17th Annual Campus and Community Day at Union University. It’s a thank you to the Hub City for all the help rebuilding the campus after the tornadoes in 2002 and 2008.

“We believe that god created a beautiful world and then gave humans the unique responsibility to care for it,” said Jeremy Blaschke, assistant professor of biology.

Blaschke brought a group of students to Cypress Grove Nature Park Tuesday to clean up.

“As a zoology major, I love being out in nature, and just having the opportunity to clean up the park and give back is really exciting,” said Grace Ingram, a junior at Union University.

But that trash could impact more than just our experiences at Cypress Grove Nature Park.

“Obviously trash is bad for all animals, and for ecosystems and so anytime you damage one animals habitat, it’s gonna have ripple effects throughout the entire ecosystem,” Darius Mullin, a junior at Union, said.

“Trash isn’t beautiful, so part of maintaining the beauty here and the health of this ecosystem is making sure there’s not as much trash,” Blaschke said.

Students say even though they weren’t affected directly by the storms they still want the community to know how thankful they are for all the help.

Beyond the trash, Cypress Grove could also be home to a new species of wasp.

“They genetically looked at these genes of the one they found in Cypress Grove, and found the genes were not the same,” Mullin a junior at Union University.