Woman speaks out after home is burglarized

JACKSON, Tenn. — A Jackson woman spoke out after her apartment was broken into. 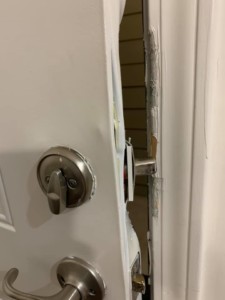 Beth Parnell was at work Wednesday morning when her apartment complex called her, saying her apartment had been broken into. When she got home, the place was trashed.

“The door was still even bolted. They didn’t pick the lock. They just completely pried the door open,” Parnell said Friday morning.

When Parnell looked closer, she found thousands of dollars of prized possessions missing.

“They didn’t take electronics,” Parnell said. “They took all of my jewelry. They took pieces that when they ask you to put a value on them. They’re pieces that have been passed down, family heirlooms, for years.” 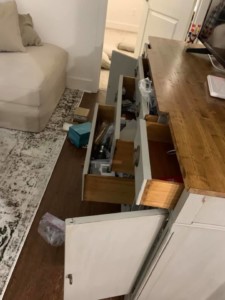 Parnell says the most frustrating thing about this is that there are security cameras at both entrances to her apartment, but no one told her they weren’t working.

“I moved into this building for one of the reasons of where the cameras are located. That you can’t enter in my building without being on camera,” she said.

WBBJ 7 Eyewitness News reached out to management at Jackson Walk.  They had no comment on their broken security cameras or the burglary. But Beth Parnell received an email from management confirming the cameras had been down for about two weeks prior to the break-in and will not be repaired for another two weeks. 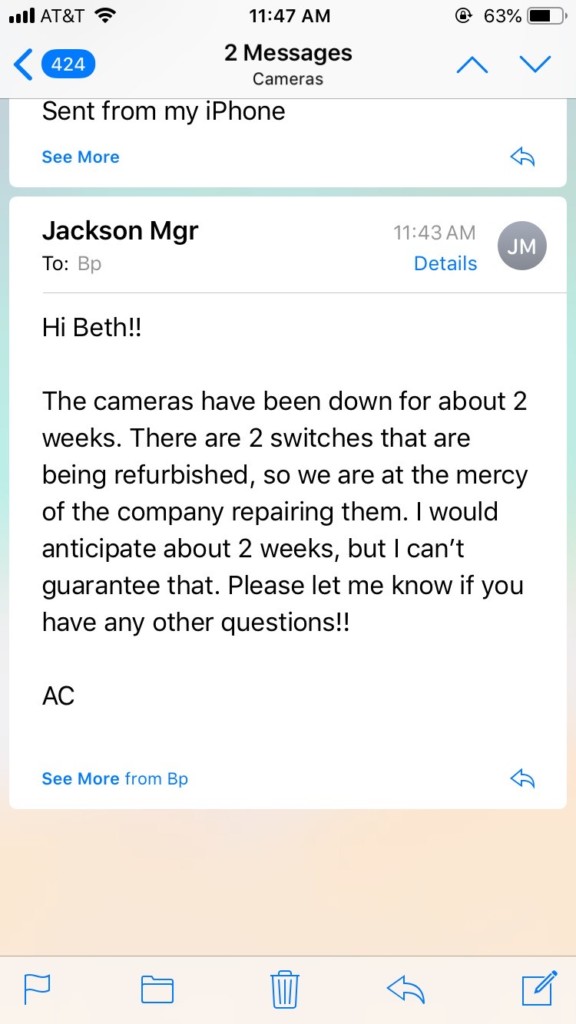 Shortly after WBBJ spoke with the manager at Jackson Walk, an email was sent to residents addressing the break-in, but not the broken cameras. 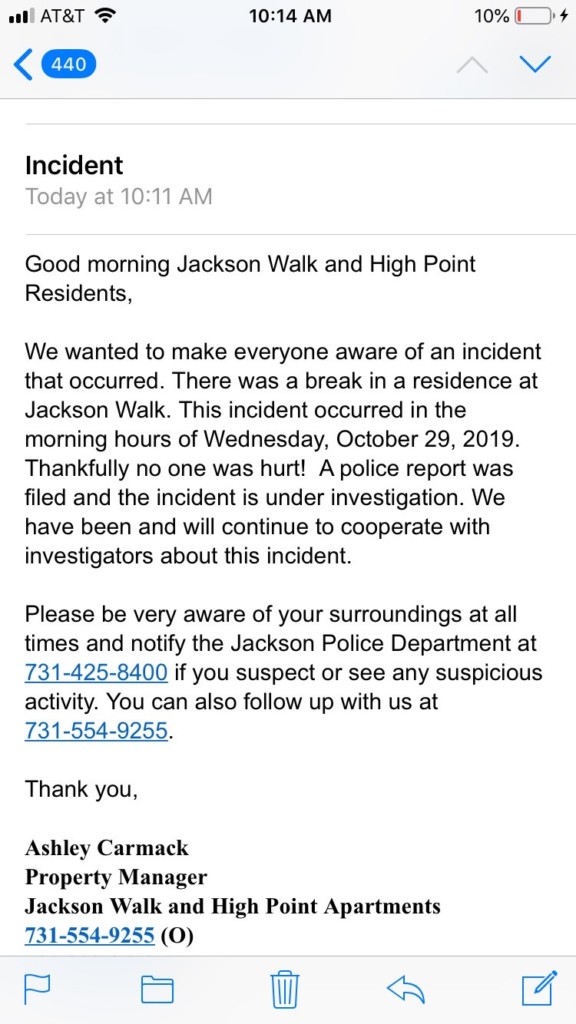 “I’m thankful that obviously my son and I weren’t here. That’s a blessing, in a way,” Parnell said. “But because the cameras were down, I kind of wish I had seen something because I would feel safer. It’s like you have no idea who has been in your bedroom, who has been in your closet, who touched your things. It just makes you feel very vulnerable.”