Witnesses for the defense offer testimony in Darwin Reid trial 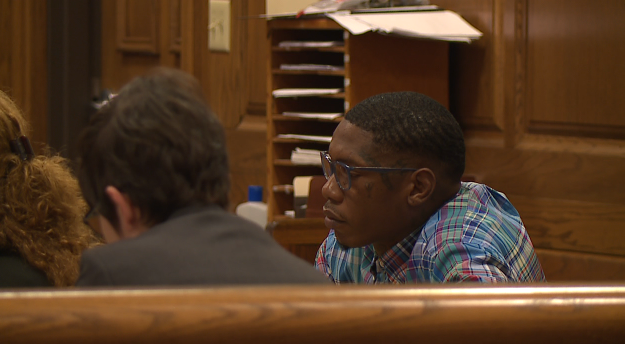 Wednesday, it was the defense team presenting their witnesses in the case.

Darwin Reid is charged with murder in the death of 4-year-old Zion Croom in 2016.

According to court documents, the mother left the child with Reid in February of 2016.

Wednesday afternoon the defense called six witnesses to the stand including Reid’s sister and mothers of his children.

Reid’s attorney asked the witnesses questions concerning Zion Croom’s mother and the nature of her parenting.

“These incidents that you describe with Ms. Renika Croom disciplining her children, those incidents disturbed you?,” asked the attorney.   “Yes sir,” said a defense witness.

“Did you have concerns?” asked Reid’s attorney.  “I did,” said a defense witness. “Regarding your children’s safety?” Reid’s attorney asked. “I did,” again said the witness for the defense.

“There’s been multiple times that the kids said that they was hungry and she just tell them to go back up into their room and like she will feed them later,” said another defense witness.

“Were you ever concerned with your child’s safety while he was in Mr. Reid’s presence?”, asked the defense. “No ma’am,” said another witness.

“Did you ever see Mr. Reid physical with Zion Croom?” asked Reid’s attorney.  “No ma’am,” said the witness.

Three other witnesses including an investigator also took the stand to offer testimony in the case.

Judge Don Allen called for a recess until Thursday where the defense will call another witness to take the stand.

The trial will resume in Madison County Circuit Court, Thursday morning at 8:30 a.m.