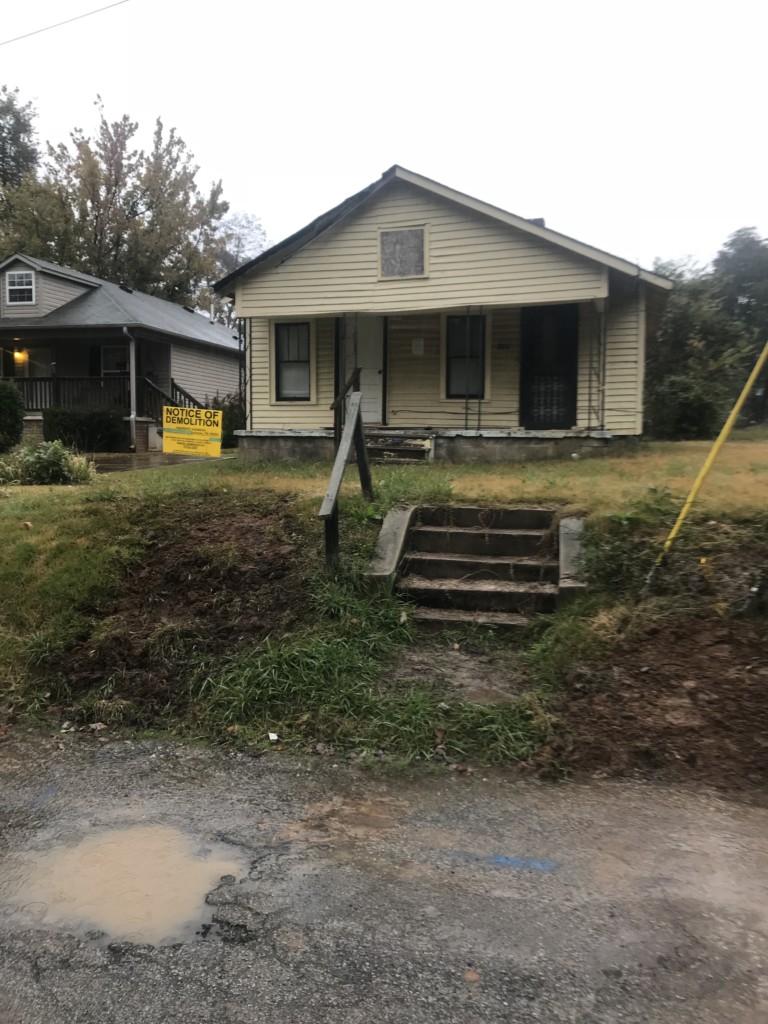 Brian James, the man who drives around Jackson scouting out blighted homes, says the house at 103 Panola Street was basically falling apart.

So, Thursday he and other city leaders threw a demolition party.

“I want to make sure that this area is taken care of, that these students will be proud when they walk the streets and see the blight removed,” Harvey Buchanan of City Council District 4 said.

This isn’t the first house they’ve demolished through the Blight Elimination Program, or even the 20th for that matter. This is the 60th house, and Brian James says they don’t plan on stopping any time soon. “Where the need is, is where we’ll be. We plan to eradicate blight,” James said.

Currently, that need is in Jackson.

“Healthy communities, through the CRA, started their first year, celebrated their first year in Jackson a year ago, with just 15 demolitions. In the last year, they demolished another 45, and that’s a huge undertaking for any agency,” Cynthia Peraza, director at Single Family Special Programs THDA, said.

Hopefully, that will give space to build things back up, bigger and better than before.

“Removing things gives us the opportunity to bring things back,” James said.