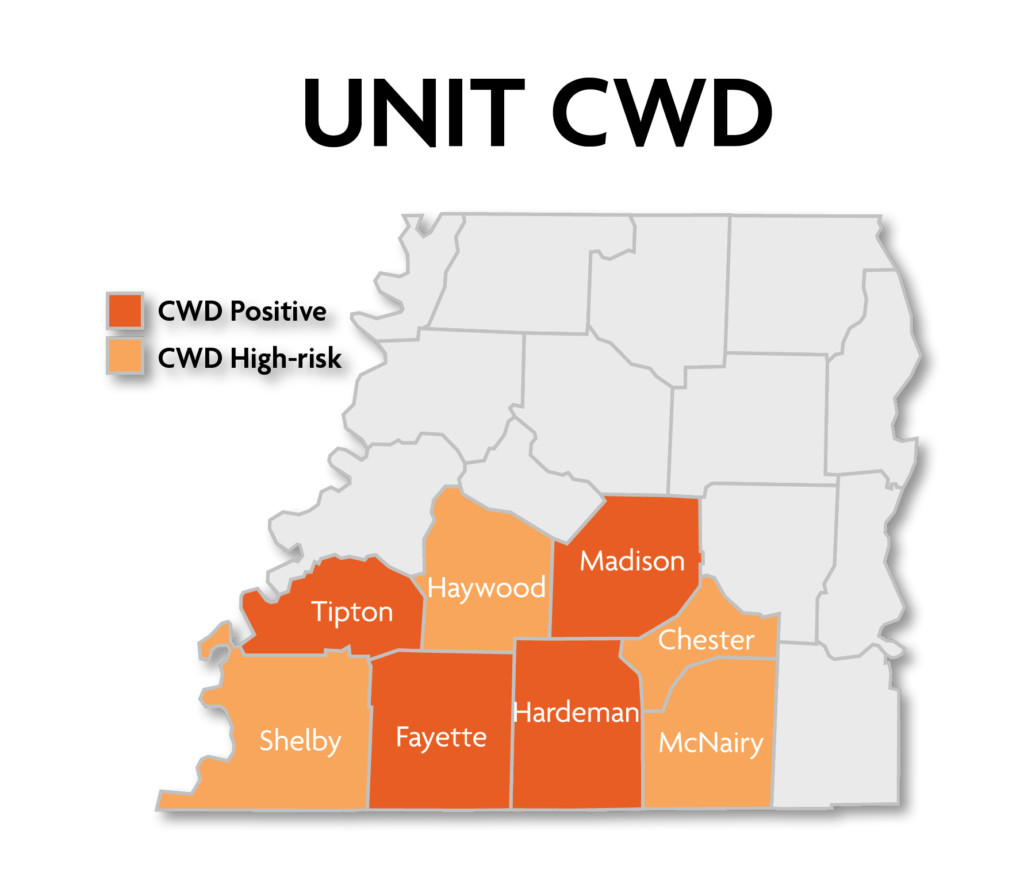 Madison, McNairy, Chester, Hardeman, Haywood, Fayette, Tipton, and Shelby counties are all apart of the CWD Unit, according to the Tennessee Wildlife Resource Agency.

While hunting in the CWD Unit, hunters may earn up to two bucks in addition to the statewide limit of two antlered bucks by harvesting two Unit CWD antlerless deer by checking them in to the TWRA physical check station. Checking into the facility is mandatory in the Unit CWD, however this excludes Fayette and Hardeman counties.

The statewide bag limit is two for antlered bucks, and no more than one antlered deer per day, according to the TWRA.

A Type 94 permit is required to hunt antlerless deer during the season, and anyone born after Jan. 1, 1969 is required to carry proof of satisfactory completion of a hunter education class or have a Apprentice hunting License while hunting, according to the TWRA.