JACKSON, Tenn.–Comedy lovers enjoyed a night of laughter and stand up comedy Sunday. 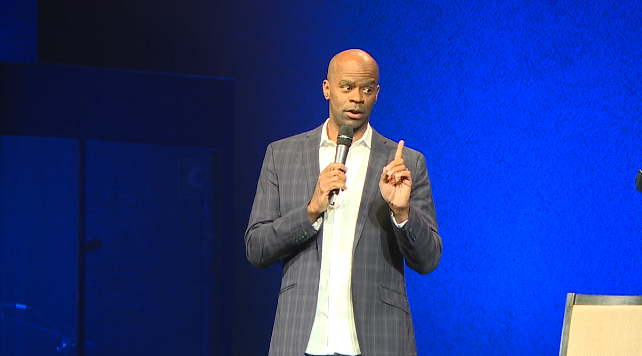 Comedian Michael Jr. made a stop in north Jackson at Love and Truth Church as part of his ‘In the Moment’ tour.

The comedian was on Oprah, NBC’s Tonight Show, and different TED Talks.

He spoke about different topics, but most importantly, he wants to inspire people to do more with their lives through comedy.

Michael Jr. says it’s all about giving from the heart, and helping others.