Decaturville students back in school after two weeks of closure

DECATURVILLE, Tenn. — Decatur County students are officially back in the classroom after the school system used all 10 of their inclement weather days due to storm damage late in October. 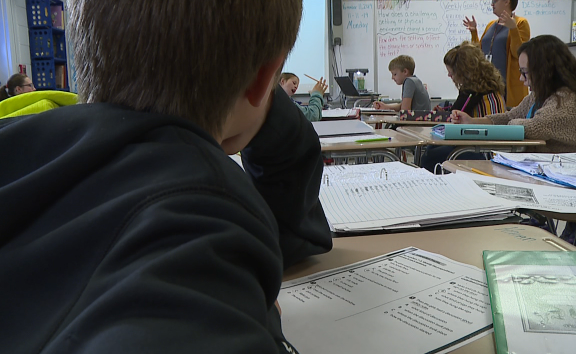 “We didn’t expect to have two weeks out of school, and we kind of played it by ear. We just took it as we needed to take the time off,” Decaturville Elementary School Principal Melinda Thompson said.

Even though that can seem like a nice vacation to some students, Principal Thompson says the Decaturville Elementary students were ready to be back.

“I do know that in a couple of the classes, the students wanted to talk for a bit. They wanted to tell some stories and talk about the things that happened in the two weeks they were out,” Thompson said. “I think that’s important as well.”

Students were out for one week for fall break, then another two weeks for severe weather, and they are expected to be out for another week for Thanksgiving.

Now the concern is how they are going to meet state standards.

Then, with only five weeks left before Christmas break, they hope to get back on track.

“We’ll definitely look at our pacing guides, look at our blueprints and see what we need to pull out that’s most important to focus on, so we can hopefully pull it out in the spring like we need to,” Thompson said.

The hope is that they will not need any more days out of school.

“There’s not any reason to stress over it because that’s something that’s out of our control,” Thompson said.

Thompson also said if your student still can’t make it to school because of the storms, call the school and they will work with you.