WASHINGTON (AP) — President Donald Trump is calling the public impeachment hearings that kicked off Wednesday the “single greatest scam in the history of American politics.” 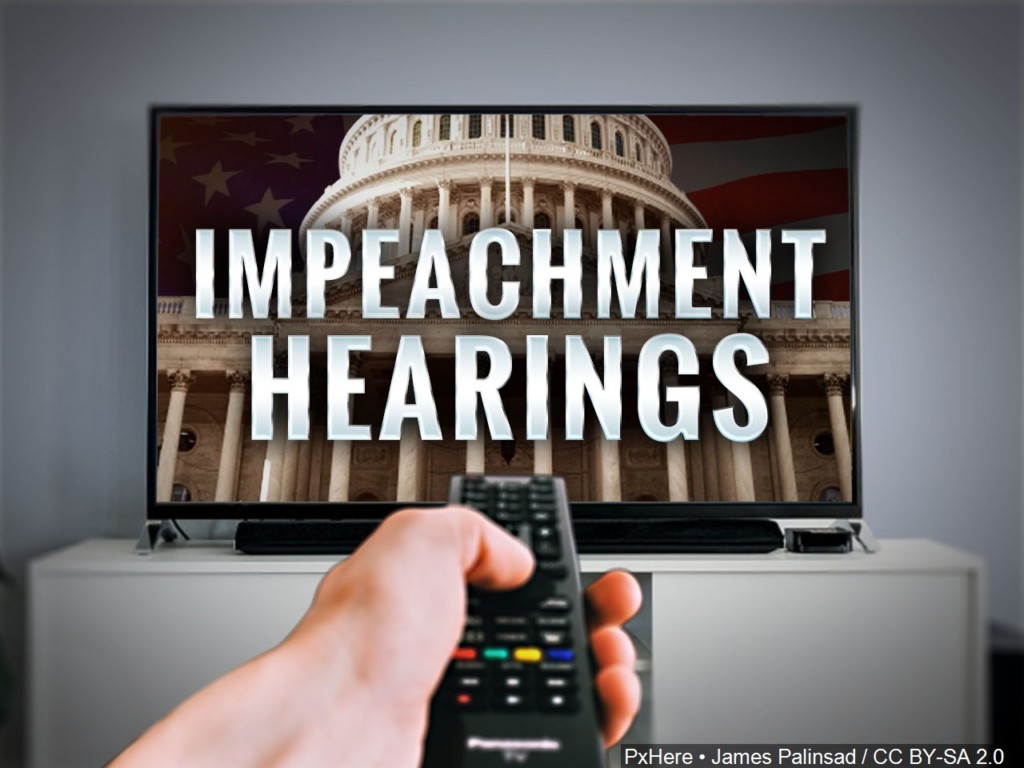 Trump is responding to the hearings with a new video directed at his supporters and released by the White House.

Trump says in the video filmed in the White House Rose Garden that Democrats want to take away his viewers’ guns, health care, freedom and votes.

He adds that, “They’re trying to stop me because I’m fighting for you. And I’ll never let that happen.”

Trump has spent the morning responding to the hearing on Twitter. He will be holding a press conference alongside his Turkish counterpart later in the day.