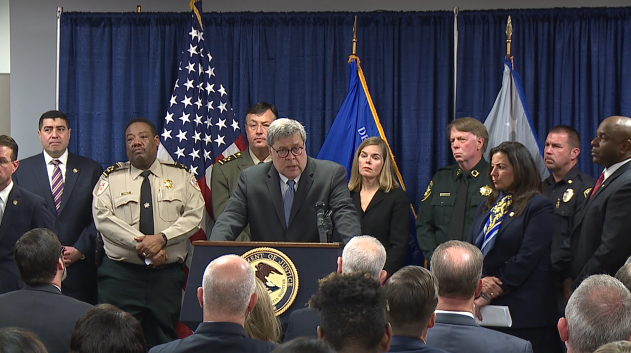 “I’ve long believed the primary duty of government is protecting the safety of our citizens,” Barr said.

But Barr says some cities have not seen crime decrease along with the national average.

“The idea is to use our existing gun laws to incapacitate the most dangerous violent offenders,” Barr said.

Barr says there are five parts to Project Guardian that will make it as effective as possible.

First of all, the project will work with state and local agencies to identify offenders who they need to get off the streets.

Secondly, it will crack down on the evasion of federal firearms laws and background checks.

“We’re going to enforce them with a vengeance,” Barr said. “We will step up prosecutions on lie and try, lie and buy, and straw purchasers.”

Thirdly, it will ensure information is being shared between federal, state and local law enforcement agencies on people who have been denied when trying to buy a gun.

Fourth of all, it deals with people with a mental illness trying to buy a firearm.

Lastly, it will maximize the use of modern technology and tools to solve violent gun crimes.

Barr says these are just the first steps, and there are more coming to fight, solve and stop violent gun crimes across the country.