JACKSON, Tenn. — A Gibson County man has been sentenced to 15 years in custody on one count of being a felon in possession of a firearm. 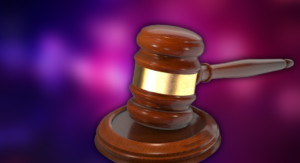 Investigators say Jonathan Luten, 40, was suspected of an armed robbery in Trenton in January 2015.

Police say officers were given a description of the vehicle, which officers were able to find shortly after Luten left the scene.

Police say Luten left a .22-caliber revolver behind, which officers later found. Luten admitted to having the firearm in his possession, according to police.

Luten was sentenced earlier this month in federal court, according to a news release from the U.S. Attorney’s office.

The release says Luten will serve two years of supervised release in addition to his 15 year sentence because Judge J. Daniel Breen found Luten to be an armed career criminal.