It was a picture perfect day with highs in the upper 60s this afternoon in West Tennessee! Here at WBBJ 7 Eyewitness News studios, we actually reached a high temperature of 70°F but note that the airport, our official climate site, was malfunctioning with a report of 84°F! We’ll have another mild night but with cloudy skies ahead and rain not far behind.

TONIGHT
We’ll have clouds increase tonight leading to overnight lows in only the middle 40s. Light winds will become breezy by early Thursday morning with showers possible after sunrise. 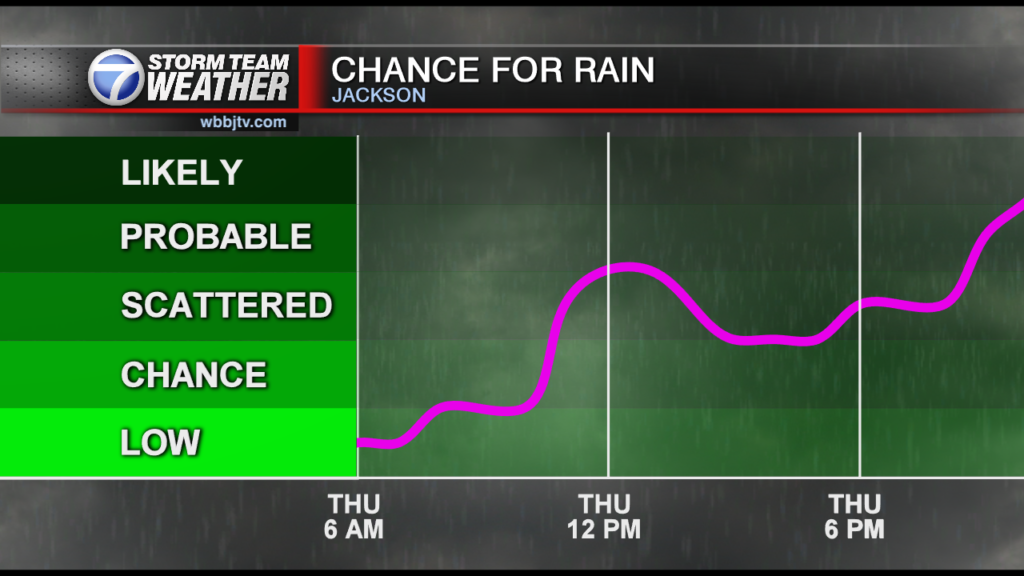 Under mostly cloudy skies tomorrow, temperatures will warm up to the middle and upper 60s during the afternoon. Not everyone will see rain, but showers will be scattered from the later hours of the morning through the early evening. We’re currently expecting some of the heaviest rain to fall Thursday night with a potential for isolated thunderstorms. Generally ½” to 1½” of rain is forecast for West Tennessee with isolated higher totals. Stay with WBBJ 7 Eyewitness News for the hour-by-hour forecast and keep up with Storm Team Weather online too for more updates.