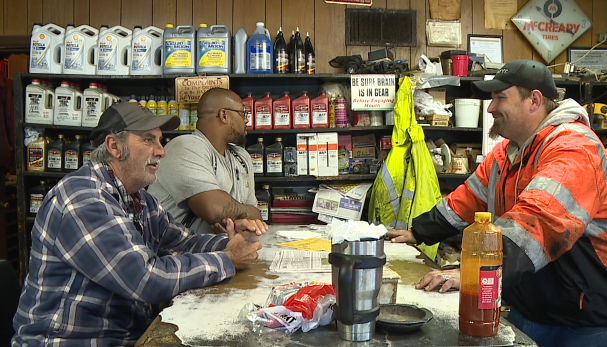 Some say coworkers are like family. You can talk about anything — for the most part, that is.

The employees at Bob Parker Service Center will talk to you about anything, even food.

“If you agree with them and keep rolling with them, you know they’ll come back to us,” said Byron McNeal, another employee at Bob Parker Service Center.

But when a customer brings up the impeachment hearings?

“We just agree with them and move on. That’s the easiest thing to do,” said Jimmy Glenn, another employee at Bob Parker Service Center.

When asked why it was so uncomfortable to talk about, McNeal said, “There isn’t too much we can do about it.”

“They’ve made it to where your opinion can make you really unliked,” Plodzien said. “We’re so easy-going up here. We don’t try to pick sides. We’ll joke about both sides.”

When asked why they don’t bring it up, Glenn said, “I don’t know. We’ll find something else to talk about besides that.”

And like many West Tennesseans, they’re glad the televised hearings are over for now.

There aren’t any more public impeachment hearings on the schedule for now.