DYERSBURG, Tenn. – A special announcement was made Sunday to deploy and honor local heroes.

The Tennessee National Guard announced Sunday that the Dyersburg based 168th Military Police Battalion will deploy to Cuba this winter. 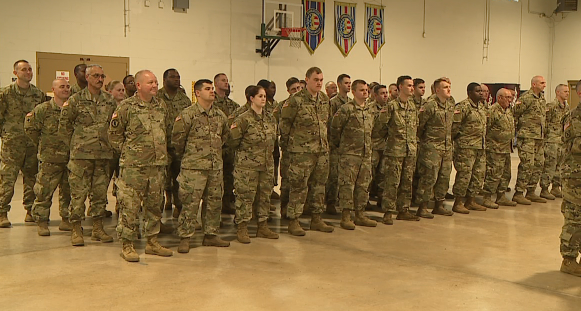 More than 100 soldiers assigned to the unit have been training for over a year in preparation for their year-long deployment to Naval Station Guantanamo Bay, Cuba. The soldiers will be deployed in the next few days.

“Just appreciate everybody’s support. Everybody’s love and support, especially here in Dyersburg. Everybody has been showing that we are not alone in this fight,” said First Lt. Cristian Johnson.

Prior to deployment, the 168th is naming the task force it will lead after 1st Lt. James Gardner, a Dyersburg native and a medal of honor recipient who was killed in action while deployed to Vietnam in 1966.