HUMBOLDT, Tenn. — The Bureau of Alcohol, Tobacco, Firearms and Explosives is offering a reward for information leading to the arrest and conviction of suspects in a recent burglary. 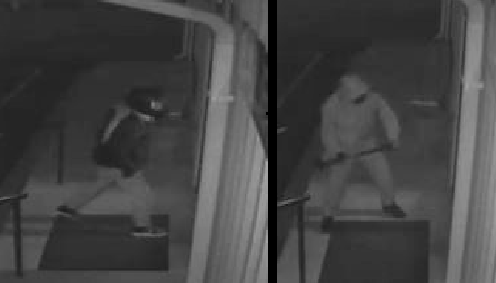 “It took about two weeks, maybe two and a half, for it to really hit, and for the hatred and the feelings to really arise,” said owner of Humboldt Pawn and Sales William Stepps.

He says around $10,000 in guns and jewelry disappeared after the burglary.

“They broke in the front door with a sledge hammer and destroyed four display cases, two with guns and two with jewelry,” Stepps said. “They took eight guns and the majority of our jewelry for sale.”

Since then, he says they’ve stepped up security measures at his business, and Humboldt police are still working on the case.

“Looking at the video, they were pretty experienced, so they feel like they’ve done it before and would continue to do it,” Stepps said.

In the video from one of the store’s security cameras, you can see one of the suspects getting into the display cases and passing the items through the door.

Stepps says a second person was outside packing the items into a car.

“You just never think it would happen to you,” Stepps said.

The ATF is offering up to a $2,500 reward, which would then be matched by the National Shooting Sports Foundation for up to $5,000. Even the owner himself wants to offer a reward.

“I’d love to give a $1,000 reward for the return of my jewelry and possessions and leading to the arrest of who did it,” Stepps said.