JACKSON, Tenn. — With Christmas right around the corner, some may consider getting a handgun for their loved one as a gift. Before you do, there are new state firearm and ammunition law changes you need to be aware of entering the new year. 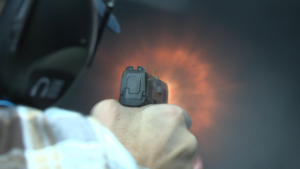 Starting January 1, a second option will be available when applying for handgun permits.

The current permit in place won’t change under this new law, but instead be called an Enhanced Handgun permit.

“It’s got the eight hours of training required with it, you have to shoot 50 rounds of ammunition, pass a course of fire and a written test,” The Range owner Chip Holland said.

The current permit allows holders to carry a weapon, whether concealed or open carry, and it requires a $100 fee.

The new addition will be for concealed carry only, and it will be about $35 cheaper.

“The concealed carry is going to have a quiz. You’ve got to have 90 minutes of training and show some type of firearms training,” Holland said.

The concealed carry permit will allow people to obtain it by taking an online course without having any prior shooting experience.

Some still recommend having a trained professional walk you through everything.

“Because you read them, and sometimes the laws can get confusing,” said Holland. “So having somebody that’s actually had some training on it, that understands what the laws are, is a good thing.”

Applicants must submit an approved handgun safety course within one year of applying for a permit.

Other laws are set to come into effect.

A firearms and ammunition law passed in July made it a Class A misdemeanor offense for the transfer of a firearm to a person knowing that the person has been judicially committed to a mental institution or adjudicated as a mental defective.