JACKSON, Tenn. — The Centers for Disease Control and Prevention says the U.S. is on track to see one of the worst flu seasons in decades, with widespread activity reported in most states, including Tennessee. 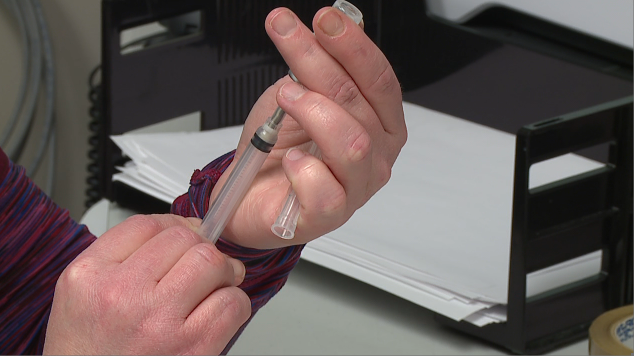 According to the CDC, at least 2,900 people are estimated to have died of the flu so far across the country.

So far almost 6.5 million people have already been dealing with it as we enter the second peak of flu season.

The tracking of influenza-like illness in Tennessee has shown that 38 of the 95 counties have confirmed cases of the flu in recent weeks.

The Tennessee Department of Health confirms two children have died due to the flu during the 2019-2020 flu season.

“It is something that can be deadly. You know, you hear about a lot of people getting the flu,” Cooke said. “They might get pneumonia or they might catch something else, but here in Madison County we have, thankfully, not had any deaths due to flu related illness.”

Now with schools starting back this week, the virus can be spread rapidly.  Some schools in the Jackson-Madison County School System even closed in December due to a high volume of students and faculty with illness.

“Any time student absences interfere over 20 percent or above, we really start monitoring that. We institute extra cleaning,” Rachel Scott, media relations coordinator with the Jackson-Madison County Schools, said.

Besides staying up to date with your flu shots, it’s also important to keep your environment sanitary as well.

“Especially during this time, I know teachers emphasize washing of hands, lots sanitizing over breaks or over weekends,” Scott said.

Health experts say those six months and older should get their recommended flu shots at least one to two times a year.

“The best advice, stay home if you are sick,” Cooke said.