JACKSON, Tenn. — Jackson police are asking for the public’s assistance in identifying an individual investigators believe may have been involved in a burglary last month. 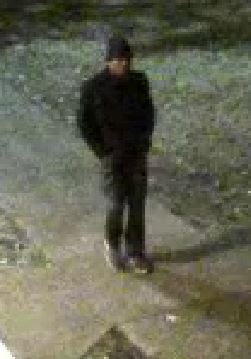 Police say surveillance video captured on December 12 shows an unknown man going through a vehicle that was parked on West King Street.

The owner of the vehicle told police that clothes and shoes were taken from the car, according to a news release.