CARROLL COUNTY, Tenn. — Chainsaws were running all over Carroll County as residents continue to pick up debris and whole trees after Saturday’s storms. 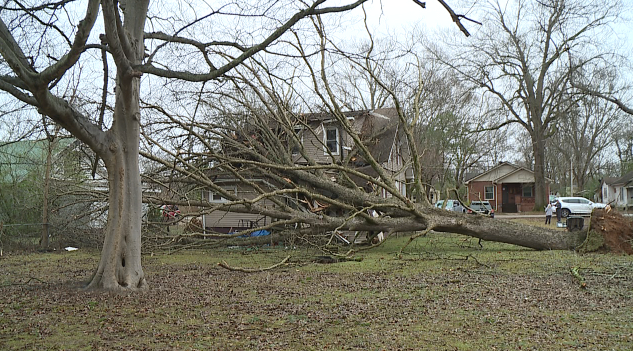 “I was out on the porch, and I saw the wall of rain coming and by the time I got inside it had hit. The whole house was shaking,” Bruceton resident Dallas Wade said.

Some people didn’t have it too bad: a few trees down, a trampoline on top of a shed.

Meanwhile, one house can barely be seen because of a fallen tree.

The homeowner said three people were upstairs, including her two-year-old granddaughter, when a tree fell. Thankfully, no one was hurt.

Another example of how strong the storm was: a dugout at a baseball field had its roof blown off, clearing a playground next to it before landing in a field about 100 yards away in three different pieces.

“The fire department was right on the spot. They got the roads open, the electric company showed up. Them boys were outstanding. Everybody knows their job. They done it,” Wade said. 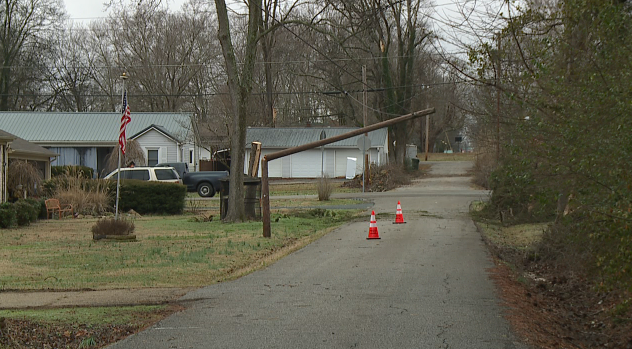 As WBBJ 7 Eyewitness News reporter Josh Robinson talked to Wade, a truck came by to remove a damaged pole from a street.

“Pray for everybody, and keep your head up on these storms,” Wade said.

Winds over the weekend were estimated to be between 60 to 75 miles per hour.