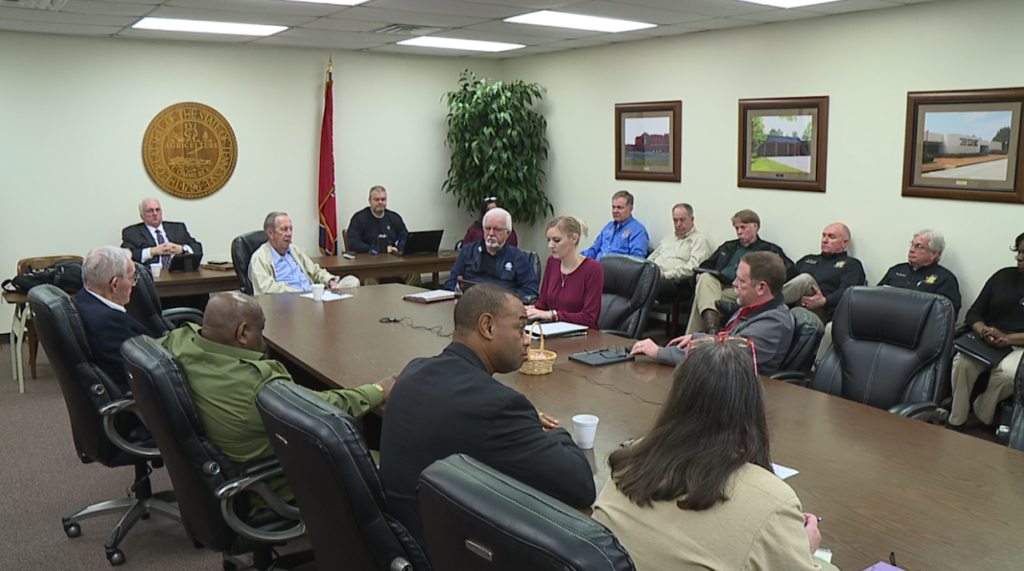 It could come out of the county’s general fund, something county commissioners fought against less than two weeks ago.

“Eventually, it would come from there to begin with, or at least part of it,” Madison County Commission chairman Gary Deaton said.

Deaton says the financial management committee made the decision to present that recommendation to the full commission because of the wording in the West Tennessee code on expenditures.

It says the budget committee has to have consent from the head of the department, in this case the sheriff, to make transfers in his budget. Sheriff John Mehr didn’t give the OK.

“We didn’t want to put ourselves in the position where we would be doing something that would hamper us down the road,” Deaton said.

Finance Director Karen Bell wanted to combine money from over a dozen different line items to make up the $425,000, but the sheriff wanted the money to come from the jail’s budget.

Deaton says the sheriff’s budget got a four percent increase last year. That’s more than any other department.

“There’s no reason a department, an elected official, should have to sue the tax payers, the same folks who elected him, to get what he wants in a budget that’s been mismanaged,” Deaton said.

When asked Mehr for a comment about the decision made at Tuesday’s special called financial management meeting, he told WBBJ 7 Eyewitness News that, with everything going on right now, it was best he didn’t say anything.

Now the recommendation will be sent to the full commission to be voted on.

The next county commission meeting is set for January 21.