JACKSON, Tenn. — Jackson Mayor Scott Conger stopped by the Jackson Exchange Club to give an update on the state of the city. 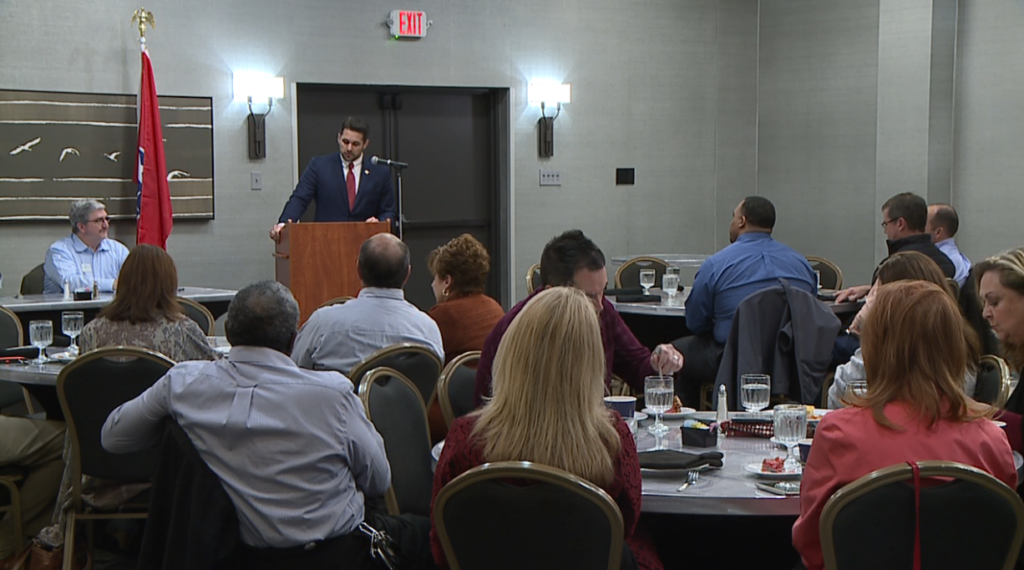 Conger spoke to the Exchange Club about changes he has made since he has been in office, including the budget committee, a contract to build a new City of Jackson website and the public art initiative.

On Tuesday, Conger gave the Exchange Club an update on what plans the city has for 2020.

“Blight elimination, reduce some of the blighted houses that we have, work on economic development initiatives ushered in more technology on how we can be more efficient and utilizing those and reducing our cost and providing a better and efficient service throughout the City of Jackson,” Conger said.

This was Conger’s fourth state of the city address.