JACKSON, Tenn. — Taliyah Talley is a senior at North Side High School in Jackson. 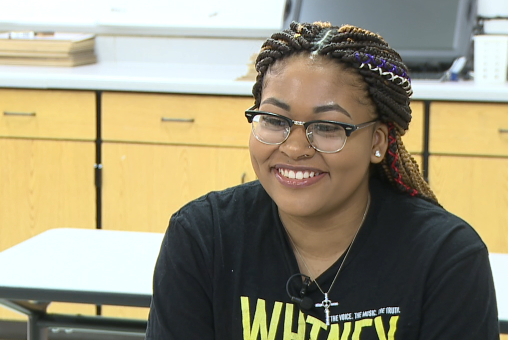 She spends her mornings at school, but in the afternoon she goes to work through the LOOP program.

“I wanted to experience what the working industry would be like after school. It’s a good opportunity for me to see how it would be,” Talley said.

Only 39 students are in the Jackson-Madison County School System’s Local Options and Opportunities Program.

But only a few days into the program, Talley lost her ride.

“Something was wrong with my mom’s truck, and it hasn’t gotten fixed yet,” she said.

Instead of losing her spot in the program and having to come back to school for third and fourth period, Taliyah did what any high school student would do. She picked up her phone.

“My parents figured out I should just take Uber to work from school. So that’s what I was doing for about two weeks,” Talley said.

She would order the Uber while in her second period class, and they would pick her up right at 11 a.m. to get her across town by 11:30 a.m.

“It was kind of expensive because it cost over $100 a week,” Talley said.

She kept it a secret, until someone ratted her out.

“My mom told them, so that’s how they found out,” Talley said.

But this innovative student now has a ride to work every day, and it won’t take away from her well-earned paycheck.

“We have told everyone, if they don’t have a ride, we’ll provide transportation. Well, we dropped the ball and thought she had a ride, thought it was worked out,” Randy Pearson, career readiness coach for JMCSS, said. “Mrs. Smith called me, then I called Dr. Myracle. We got it all worked out. So now she has a ride every day.”

There are currently six industry partners involved with LOOP.

Talley says when she graduates this year, she plans to apply to the University of Tennessee at Martin to major in Biology.