SAVANNAH, Tenn. — The U.S. Marshals are asking for the public’s assistance in finding a Savannah woman accused of trying to run over a deputy. 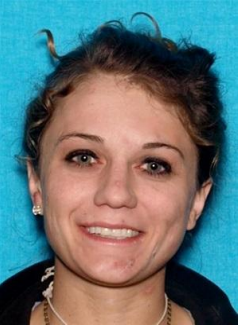 In a news release, the Marshals say Rayna Brooke Talley, 30, is wanted on charges of aggravated assault on a police officer, reckless endangerment, probation violation, and escape.

The release says the charges stem from an incident in August 2019, when investigators say a Hardin County General Sessions judge ordered Talley’s arrest.

Talley was in court for a violation of probation charge, but ran from the courtroom before deputies could take her to the jail, according to the release.

Talley was seen in a vehicle in December, and deputies attempted to arrest her at that time, according to the release.

The release says Talley attempted to run over the deputies with the vehicle, crashed, and ran into the woods.

Talley is described as about 5-feet, 5-inches tall, weighing about 115 pounds.