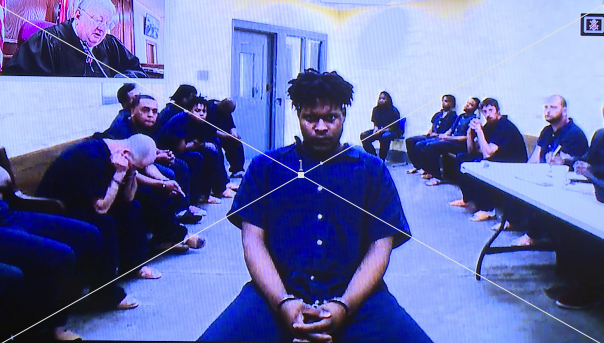 He was shot while allegedly breaking into someone’s home.

“He admitted that he and the other two men went to commit the burglary. They said they knocked on the windows to see if anybody was home prior to breaking in. He kicked in the back door of the home with intent to steal money and drugs,” Judge Blake Anderson said.

What Chism didn’t know is that someone was inside the home, in the bedroom with the door locked.

“He said he didn’t know if they were there to kill people or rob people,” Judge Anderson said.

Investigators say the resident was armed with a .40-caliber Smith and Wesson.

“He began to fire his gun in self defense,” Judge Anderson said.

Court documents say Chism told investigators the two other people ran out of the house and he crawled through the window and ran to the Old Hickory intersection nearby.

“Chism was transported to the emergency room for medical treatment,” Judge Anderson said.

Chism is being held on a $50,000 bond. He is charged with aggravated burglary.

Jackson police say the two individuals who were with Chism have not been arrested at this time, and the investigation is ongoing.

JACKSON POLICE SAY THE TWO INDIVIDUALS WITH CHISM HAVE NOT BEEN ARRESTED, AND THE INVESTIGATION REMAINS ONGOING.