JACKSON, Tenn.– West Tennessee football fans are ready for the San Francisco 49ers and the Kansas City Chiefs to go head to head in the Super Bowl. 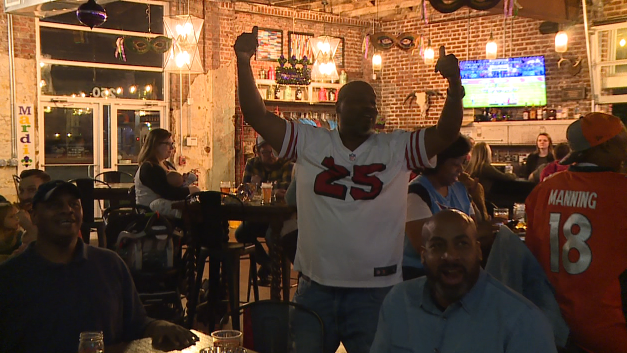 In his team’s jersey Dodd and a few of his friends say they wanted to get out of the house to watch the game this year.

“We’re all helping businesses out because a lot of people are going home, but we want our local businesses to make it in our city,” Dodd said.

He also wants his team to make it.
Some people have victory dances, but Dodd said he has a victory run.

The San Francisco 49ers did not win. With a score of 31-20, the Kansas City Chiefs took home the championship.