JACKSON, Tenn. – A mother says she is desperately trying to find her 21-year-old son who has been missing for months and she is not giving up. 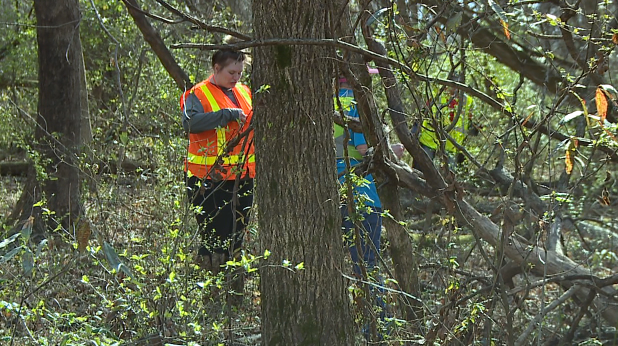 Frances Gaines is the mother of William Brian McKenzie, who has been missing since September.

Gaines along with family and volunteers held a search party Sunday.

Volunteers searched wooded areas around Oakfield Drive and Chrismasville Road, as well other areas around Jackson.

The family and volunteers say they hope to find any clues that may lead to McKenzie’s whereabouts.

Like Gaines, volunteers say they are not giving up in the search for McKenzie.

“We’ve been doing this for every weekend, two or three times a week, getting out here and helping clear some areas and hopefully looking for that one missing piece,” said volunteer Rickey Alexander.

“I don’t want to give up. I know God has us and he is holding on really tight to my son right now, and it’s going to be at his own time he is going to make it possible for us to see him,” Gaines said. “Everything happens for a reason and I don’t know what that reason is. I am just praying to God that I just find something that is going to being me closer to my son.”

If you have information on McKenzie’s whereabouts, call the Jackson Police Department at (731) 425-8400.