Construction company owner speaks out after break-in at new home 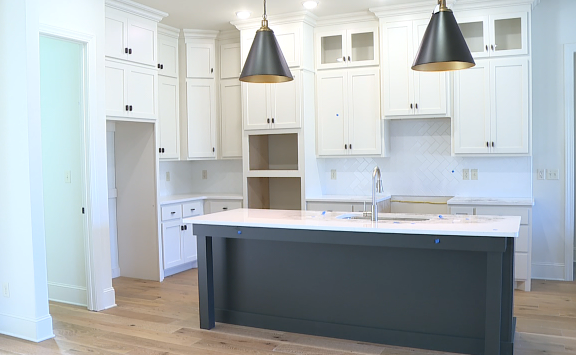 “It was all nice stuff,” Danny Kitzman, owner of Kitzman Construction Company, said.

But when the soon-to-be owners came by, they noticed something was wrong.

Someone had come by and stolen the staged furniture, appliances, mirrors, doorknobs, and even the tankless hot water heater tucked away in the attic.

“And I mean they unhooked it just as if they knew what they were doing, shut the water off, disconnected it and everything. You wouldn’t know the water heater was up here in the attic unless you worked around the house,” Kitzman said.

Kitzman says if you see something out of the ordinary at a house no one is living in, please say something.

“That’s the biggest thing. We all want to catch them because if they don’t get caught, then we’ve got to worry about it continuing to happen,” Kitzman said.

And Kitzman is offering a $3,000 reward to information leading to finding the thieves.

“There’s enough cameras up and down Ashport Road that we should be able to catch them,” Kitzman said.