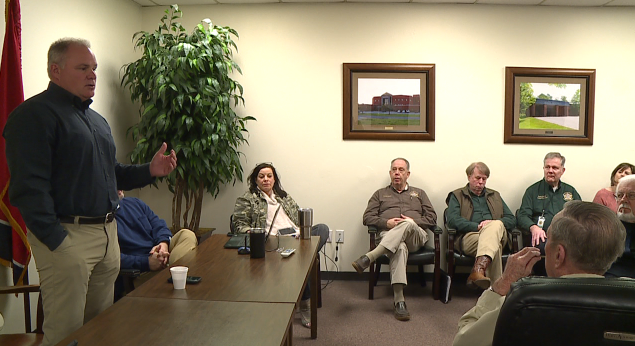 “We can’t spend all this money and put the county in all this debt without an increase in revenue,” county commissioner Mike Taylor said.

In Tuesday’s financial management meeting, members discussed how they are going to pay for all these projects.

Taylor brought up either a wheel or property tax.

“If we really want to invest in these schools, we’ll do a $100 wheel tax,” Taylor said. “We’ll build these schools, and we’ll earmark that money to go to education capital and debt reduction.”

Johnson said he doesn’t want a wheel tax because he would personally have to pay more.

“Some people want it all today. Life just really doesn’t work that way. We can’t have everything we want right the minute we want it,” Johnson said.

But Taylor said even cutting one or more of the projects might not help the situation.

A special meeting is scheduled for February 14.

If the proposal moves to the full county commission, it would need a two-thirds vote on two separate readings.