JACKSON, Tenn. — West Tennessee was a winter wonderland Friday morning, and with several schools out, it was the perfect time to get out and play. 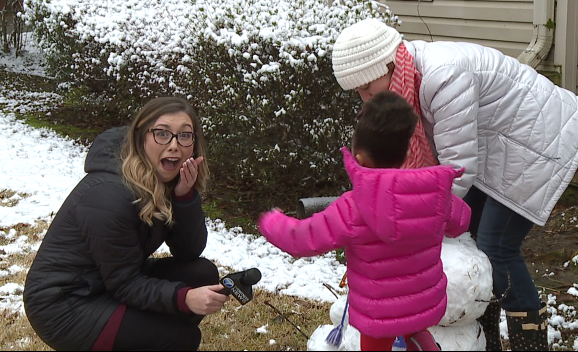 Whether it was throwing snowballs, making snow angels, or building snowmen, kids were out to play.

“So I got ready, got her up, said, ‘Hey! It’s snowing outside!'” Becky Wood said, while holding her daughter, Amayah.  “That got her up like that.”

As Dad and the dog watched from inside, they rolled up the snow that barely covered the ground.

Amayah and her mom built ‘Olaf,’ but the snowman did what snowmen do in West Tennessee winter. As soon as Becky touched him, he crumbled to the ground.

But she wasn’t the only parent out enjoying the snow. 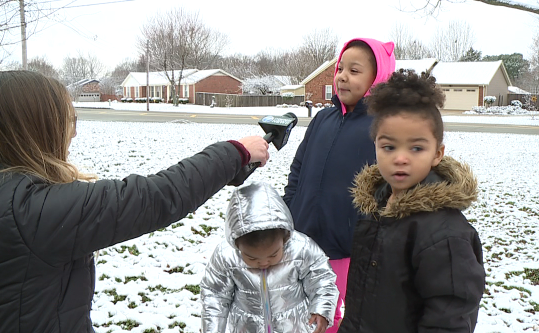 “What’s the best part about coming out here in the snow,” we asked sisters Khloe, Kensley, and Kaydence. “Throwing snowballs at mom!” they responded.

This mom, who was awakened by her kids, was not playing any games as she threw snowballs back at her kids.

“Cause she’ll throw them back!” they yelled.

Another mom took her kids out to go sledding for the first time ever. 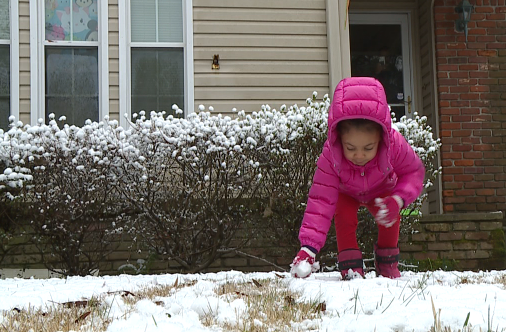 Going back up the slick and snowy hill was a challenge for six-year-old Reagan and three-year-old Riley.

“This is a steep hill,” said Reagan as she trudged up the hill.

“How many times do you think you’re going to go down the hill?” Ewoldt asked. ” Two times,” Reagan said.

“It was so awesome. I did that the third time,” she said.

But as soon as the sun came out, the snow melted, and it was time to go back inside.