BRUCETON, Tenn. — Authorities charge a man with first degree murder in the death of a Bruceton resident. 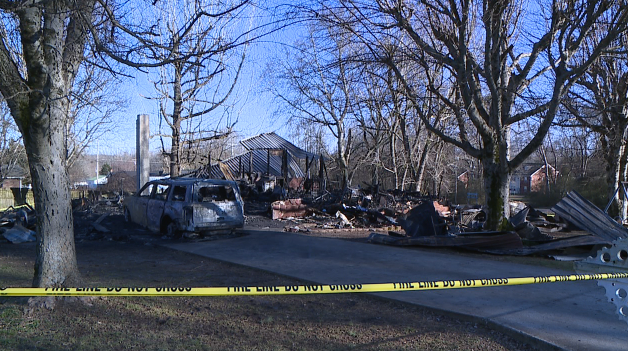 Neighbors were shocked and upset about losing one of their own in the community.

“It’s terrible. It’s a terrible feeling to see a place go up in flames like that. We didn’t even know she was in there at the time,” neighbor Rex McMackin said.

McMackin said he woke up to loud popping noises around 1:50 this morning, and saw what no neighbor wants to see.

“We got up, and looked out the window to see what was going on, and saw that the house across the street was on fire,” McMackin said, “the electric lines were coming down against the metal roof and shooting balls of fire up into the air.”

He says multiple fire trucks, police, the Tennessee Bureau of Investigation and others were at the house, and they stayed all morning.

According to the TBI, one person was found dead in the home.

“It’s going to be a tragic loss to this neighborhood,” McMackin said.

During the investigation, TBI agents identified one person responsible for the death of the person found inside, who authorities haven’t identified yet.

However, neighbors say a woman lived there.

A 12-year-old boy who lives nearby said his classmate and friend lived at this house with her mother.

TBI agents arrested Jason Mark Mills of Camden and charged him with one count of first degree murder in this person’s death.

The victim’s body was sent to the medical examiner’s office for an autopsy and confirmation of identification.

Mills was booked into the Carroll County Jail and is currently being held without bond.