JACKSON, Tenn.– According to the Polaris Project, human trafficking is a $150 billion industry worldwide. 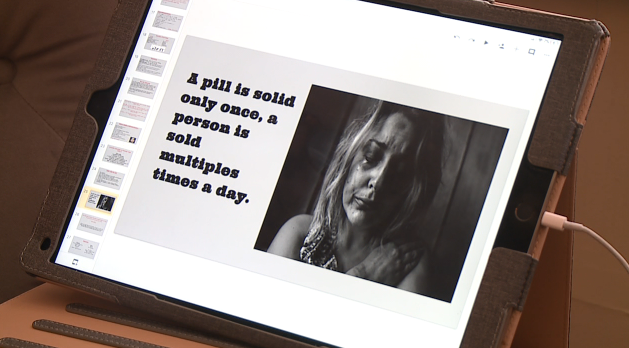 Scarlet Rope is the Jackson area’s organization for victims of human trafficking.

Stone says human trafficking can happen to anyone.

Stone shares with educators how victims are trapped, and what traffickers may look for, specifically in school-aged children.

“That’s someone who could be in the foster care system, coming from a poverty background, they have someone in the home using drugs, they might come from an abusive background whether it’s mental abuse or physical abuse or sexual abuse, or even neglect,” Stone said.

A new Tennessee law requires teachers to receive training on the detection, intervention, prevention and treatment of human trafficking.

Scarlet Rope’s training is done face-to-face, whereas the state requires staff to watch a video.

“You can fast-forward a video, you can’t fast-forward real life, even though it does seem like time flies,” said Deloris Wilson, Pre-K to fourth grade instructional supervisor and health supervisor for the Gibson County Special School District.

Wilson participated in the training, along with other school staff.

“The in-person training is so much more engaging. It’s much easier to listen to someone that’s there,” Wilson said.

She says she learned a lot of new information, including the signs of human trafficking to the different ways of taking victims.

“From prostitutes who belong to a certain pimp, and how they sell those women in and out,” Wilson said. “There’s individual selling of people in other situations.”

Wilson looks forward to applying the information, and working with staff members on it.

Stone hopes to reach more schools with the training.