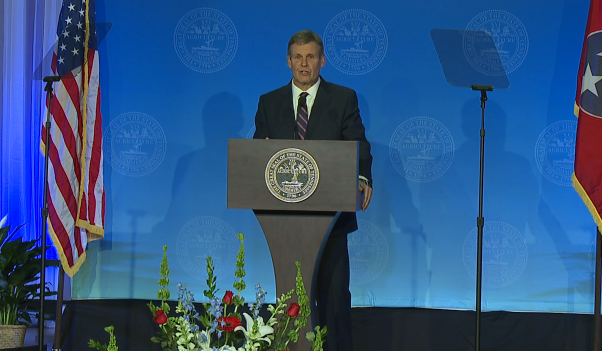 As he did in his State of the State address in Nashville last week, Governor Lee discussed initiatives that he believes will help improve the lives of West Tennesseans.

“…to help make their lives better, to give them a better education, to help recruit and create good jobs,” Gov. Lee said.

“Very few states who have minimal debt and a growing rainy day fund, so this year we proposed to make an additional $50 million investment into that fund, which is more than 20 percent more than the statutory requirement,” Gov. Lee said.

The address also focused on investing an additional $117 million in teacher salaries, an amount equal to a 4 percent increase in the state’s contribution.

“And no teacher that I know does it only for the pay but you and I both know that a worker is worthy of their pay,” Gov. Lee said. “Teaching is a calling and we know that it is a passion that brings teachers to the classroom, but we also know that our teachers deserves to be paid more [for] the important work that they do.”

The governor also mentioned recommending $25 million go towards broadband expansion in rural areas of the state, including West Tennessee.