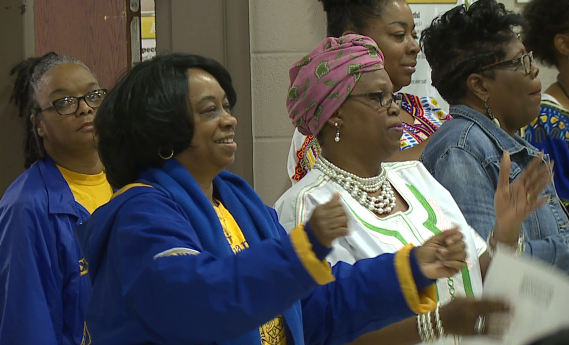 “They see some of the staff and people in the community, and they really don’t understand what they are. I feel, though, that it’s never too early to introduce them to this so they can know who in the community is helping them,” Williamson said.

Through speeches, songs and dance, the students learned what the letters represent.

“When they see these people in the community, they can tell them that they learned about them at school during Black History. I know what this is all about,” Williamson said.

Named after the founder of Lane College, Isaac Lane teachers have made it a point to teach the students about their role models like Martin Luther King Jr. and Rosa Parks.

The students say they learned lessons of being kind and loving to one another, and hopefully, they’ll apply these values to their every day lives.