DECATUR COUNTY, Tenn. — Many who live along the Tennessee River in one county are preparing for the impacts of the rising flood waters. 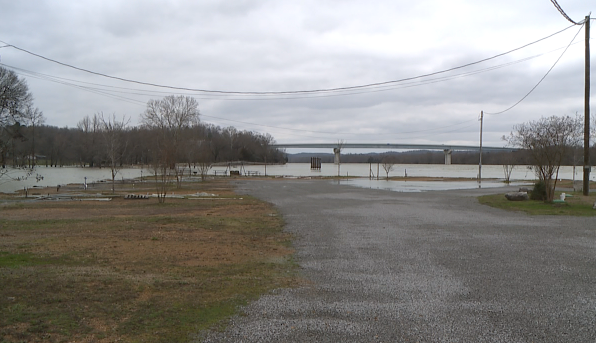 “A lot of people think it’s just a tourist area, but we have a ton of people who live here. My concern is once it gets here, how long is it going to stay?” Donna Wadford, owner of Fisherdale Marina, asked.

She says the river’s increasing levels concern her because of last year’s historic flooding.

“Last year, it got us all. It got everybody, but there are people in worse shape than we were,” Wadford said. “But getting prepared, there’s no explanation for it. All you’re doing is you’re living for the moment.”

Wadford says she plans to wait until the weekend to see if the river crests as forecast.

So far, some homes near her business are only accessible by boat.

“You just don’t know, and I think that’s the most emotional part is for anyone right now: The not knowing,” Wadford said.

Another business along the river, the River Shack Restaurant in Perryville, has other concerns from the flooding.

“When you fish and catch your own fish for your business, they don’t bite in a flood,” restaurant cook Velera Bivins said. “It’s hard to get them. You have to buy fish and it’s rough.”

“If we run out of fish, we just have to close early. It usually requires around 400 to 500 pounds a night to keep the doors open, depending on how busy it is,” restaurant co-owner Tammy Lee said. 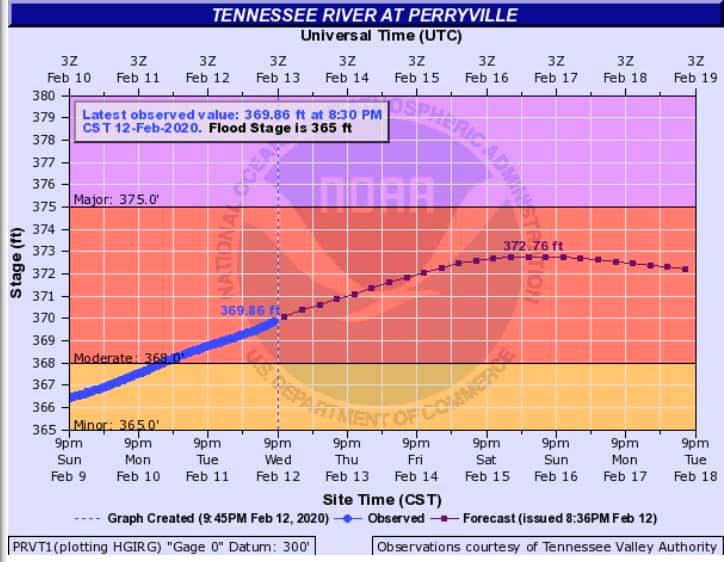 As for threat of damage to the business, workers aren’t too concerned, and they say the restaurant itself has never flooded.

“When it floods, we usually get pretty good flooding. It doesn’t really get in our parking lot, but it has,” Bivins said.

The Decatur County Emergency Management Agency is monitoring the river levels as well.

So far, the area has moderate river flooding.