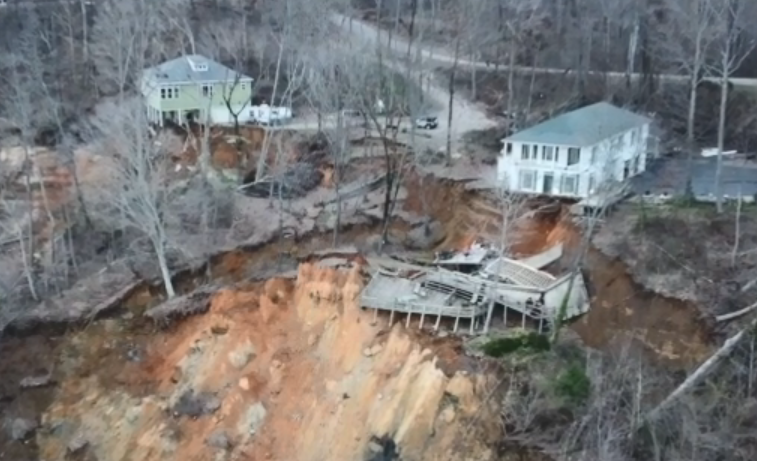 According to the Hardin County Fire Department, around 5 p.m. Saturday afternoon firefighters were called to Glendale Road on reports of a landslide along the Tennessee River.

Two homes were in danger of collapsing and residents were evacuated.

About an hour later, video captured one of the vacant homes collapsing down a steep bank.

There are no injuries reported.

The highway department has closed that area of Glendale Road.

UT Board of Trustees appoints Randy Boyd as 26th president