TIPTON COUNTY, Tenn. — What started off as a non-stop three day search ended in relief for many after 44-year-old Chasity Finney was found safe Monday afternoon. 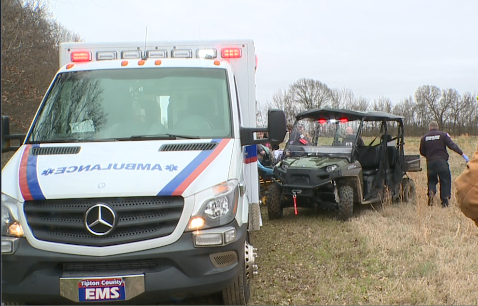 “We had some leads that led us to this area here and with the assistance of Tennessee Highway Patrol helicopter we was able to locate the vehicle and the missing person,” Haywood County Sheriff Billy Garrett said.

Finney is paraplegic and unable to walk.

She was found along with her car in an open field off Highway 54 and State Route 14 near Charleston-Gift Road in Tipton County.

Finney’s family was filled with emotion when they were able to talk to her by phone as she was being rescued.

First responders had pinged Finney’s phone in the area.

Sheriff Garrett says the person Finney was last seen with is currently in custody on what he says are unrelated charges.

“Whoever did this gets what he’s got coming to him, I really do,” said Chasity’s relative Deborah. “She doesn’t deserve this, she’s a good mama.”

Finney was a bit dehydrated when found and was taken by medics to the nearest hospital.