Lawsuit filed by Madison Co. sheriff to go to trial

JACKSON, Tenn. — On Tuesday, Madison County filed a motion to dismiss the lawsuit Sheriff John Mehr filed against them. 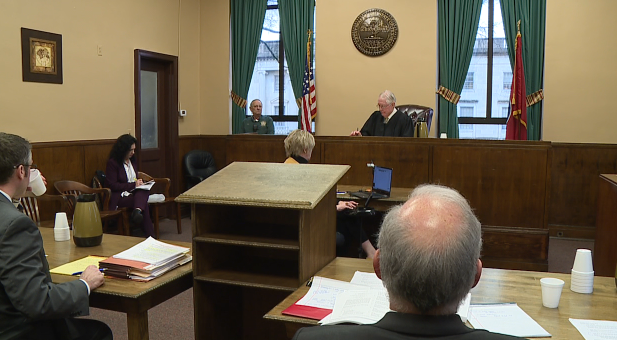 “The motion to dismiss is denied,” Judge Bill Acree said.

That decision came after just an hour of arguments from attorneys on both sides.

The county said there is no controversy because even though the sheriff originally asked for a $25 million budget, he eventually agreed to a lower number, something he could have refused to do.

“He chose at the end of the day to submit a budget approximately $22.7 million that he knew would be acceptable to the budget committee and county commission,” Madison County attorney Geoffrey Lindley said.

This isn’t the first time a sheriff has sued the county he services in Tennessee. There are cases pending in Decatur and Hardeman Counties.

“In other cases, the sheriff will ask for a budget, not get what he asked for, then file a lawsuit. But in this case he submitted a budget. It was a budget that he knew the county would approve, but he submitted that budget and it was approved,” Lindley said.

WBBJ 7 Eyewitness News reporter Julia Ewoldt asked the sheriff and his lawyers for comment on this decision and they declined.

Because the motion to dismiss was denied, the lawsuit is set to go to trial.

The trial dates are set for May 27 through May 29.