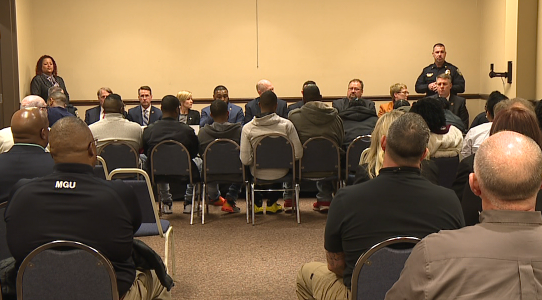 For these people it’s not just a meeting, it is a second chance.

Now they have an opportunity for a second chance.

“They have been identified as offenders that we have decided that we want to give all the resources that we possibly can to make them successful,” Williams said.

For the first time in Jackson, local law enforcement officers are coming together to help those who were on the wrong side of the law get on the right side.

The program is called Focused Deterrence.

“They viewed it and looked at its success, and they decided they wanted to mimic that here,” Williams said.

Leaders from the Jackson Police Department and prosecutors remind the group of the consequences of going back to their old ways.

The program lasts at least 18 months and will offer resources that Williams says will help reduce repeat offenses. 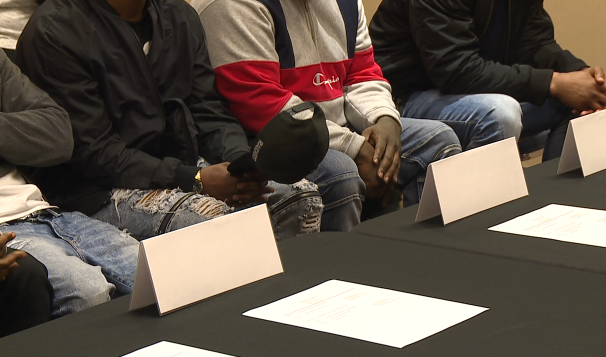 “And as far as mental health as it relates to black men, it’s something that really needs to be on the forefront. Black men need to know how to process their feelings,” Eagles Nest Family Services executive director Gwen Gavin said.

“They come to the Department of Children’s Services, and a lot of times we have to work with them and they want to know what to do, what services they need with their children,” Department for Children Services team coordinator Shilana Gant said.

“We offer free workshops. We have one specific to those who have been in the justice system, helping them how to learn how to kind of address that question that comes up in a interview, if they can pass a background check,” said Ariel McGahey, from the American Job Center.

Leaders of the Focused Deterrence program says the is the offenders first day of the program.