JACKSON, Tenn. — Day one of interviews for a new superintendent in the Jackson-Madison School System got underway Wednesday with Dr. Sharon Williams from Mississippi. 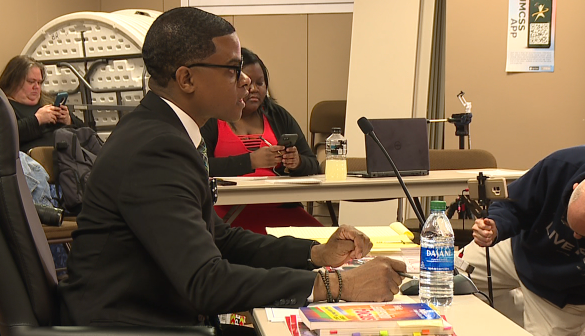 King was raised in West Tennessee and has worked in education for more than 20 years.

King served as superintendent in Haywood County and is currently the director of schools in Fayette County.

In the interview, King proposed an acronym for Jackson-Madison County School System, which he included in a booklet of his work.

The acronym stands for Judgement, Motivation, Courage, Service and Support.

“I think with interviews you just don’t ever know. I think I just came here to tell people that, ‘Hey I just want to serve.’ You know it wasn’t, I don’t see this as a job. I see this as an opportunity to serve a community,” King said.

There will be another round of interviews from four other candidates Thursday at the school board office.

The school board has called a special meeting next Tuesday at 5:30 p.m. to narrow down the candidates to their top two or three.