HENDERSON, Tenn. — One drug continues to be a concern across the state, but data from the Tennessee Bureau of Investigation suggests law enforcement might be seeing an increase. 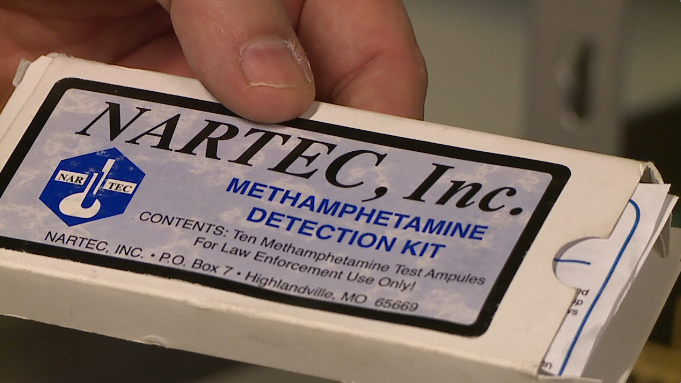 “Meth is a dangerous drug. It’s a drug that, once someone takes, it they’re almost instantly addicted to it. It’s the basis for most of your crimes,” said Henderson Assistant Police Chief Tim Crowe.

Several counties and cities across Tennessee have seen an increase in methamphetamine cases over the years, but last year meth became the drug most tested by TBI labs for the first time. Crowe says the city normally has very few drug submissions to the TBI. It is usually in the single digits, but now they’re submitting double digit numbers.

Data from the TBI shows at least 10,000 submissions of marijuana are identified each year across the state, since the agency began keeping track. In 2019, it dipped below that amount. However, meth submissions increased from around 3,700 in 2015 to over than 12,000 by 2019. 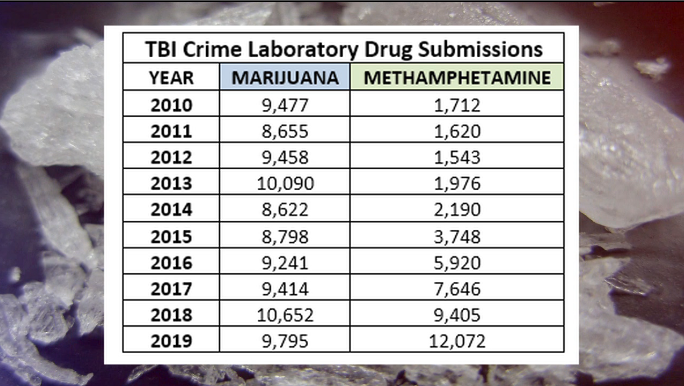 Agents say they believe meth is being brought into the state from out of the country, making it cheaper to buy. In Hardin County, Sheriff Johnny Alexander says many of the meth arrests are not always planned out.

“We do a lot of buys on meth, and we do find meth and opioid cases on vehicle stops,” said Alexander.

There were a sweep of drug arrests in Savannah back in 2019. Most were meth-related, Alexander says.

The drugs then are sized and field tested.

Here’s how the submission process works. Drugs found during traffic stops require several safety and containment measures. After the seized substances are tested and identified as illegal drugs, then they would be able to move forward.

The process doesn’t end there. Many of those tests are not always submitted to the TBI crime labs. Instead they go to a secure location until it goes through the lower court system.

“We only submit to the crime lab what is being moved up the chain to a higher court level, and if the person is charged, pleads guilty or a plea bargain is worked out between a district attorney and the criminal defense lawyer, then it stops right there,” said Crowe.