HUMBOLDT, Tenn. — A man is in custody after an investigation into an overdose earlier this month, according to the 28th Judicial District Drug Task Force. 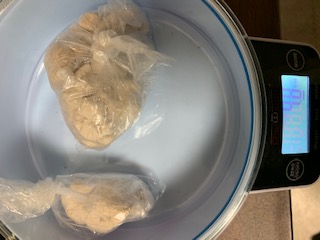 Investigators confirmed Maurice Shaw was arrested Tuesday after undercover agents were able to buy an ounce heroin from Shaw at a Jackson gas station. In a news release, agents say Shaw’s nearby home was searched, where agents found an additional quarter pound of narcotics in a shed behind the home.

The release says Humboldt police requested the drug task force to assist in the investigation after an individual was found unconscious on Feb. 7.

The victim was given two doses of Naloxone, which reverses the effects of opioids, according to the release.

Witnesses told police at the scene that the individual had taken an unknown substance prior to losing consciousness, and investigators say the substance tested positive for fentanyl.

As part of the investigation, agents also seized five ounces of fentanyl, the release says.

The investigation remains ongoing and additional arrests are anticipated, the release says.