NEWBERN, Tenn. — A Newbern man has been arrested on weapon and drug charges, according to the Tennessee Bureau of Investigation. 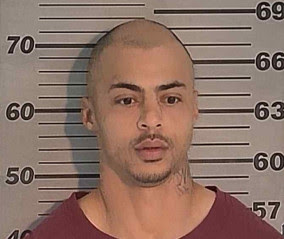 The TBI says 34-year-old Charles Powell was arrested on Thursday following a search of a home on the 600 block of North Monroe Street in Newbern.

A search of the home by investigators led to the recovery of weapons, ammunition, marijuana, cocaine, suspected fentanyl and crack cocaine, according to the TBI.

Powell was booked into the Dyer County jail, and his bond will be set during his first court appearance.

The TBI says the search of the home is a part of an ongoing investigation.