JACKSON, Tenn. — After Jackson-Madison County School Board members decided to narrow their search down to three candidates, members had a hard time deciding on a third candidate. 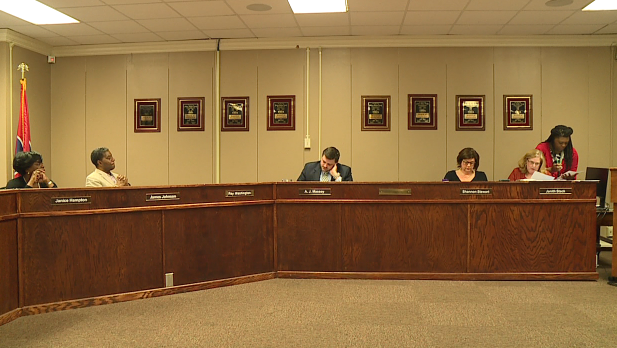 After the first vote, the top two candidates with the most votes were Ron Woodard at six votes and Dr. Marlon King with five.

“There was a three-way tie for third place,” said school board secretary Janith Stack.

This three-way tie prompted a second vote, resulting in Roderick Richmond with four votes, Versie Hamlett with three and Jared Myracle with one.

“Marlon King, Ron Woodard and Roderick Richmond,” JMCSS chairman Pete Johnson said. These three will head to the second round of interviews on March 12.

Ron Woodard is the superintendent of instruction for Maury County Schools in Middle Tennessee.

Dr. Marlon King is the superintendent of Fayette County Schools, and Roderick Richmond is the executive director of student support services for Shelby County Schools.

“So we also discussed visiting those systems too. We decided to do that the week of the 24,” Johnson said.

They will visit two candidates in their community on March 24 and the third one on March 25.

As for the final decision on who the next superintendent will be for Jackson-Madison County Schools?

“We’ll do that in our April board meeting,” Johnson

This will be the sixth superintendent for the Jackson-Madison County School System in the last decade.

It was also announced that the Madison County Commission will appoint a replacement for former school board member Morris Merriweather in March.