JACKSON, Tenn. — A choral group performs the art of poetry. 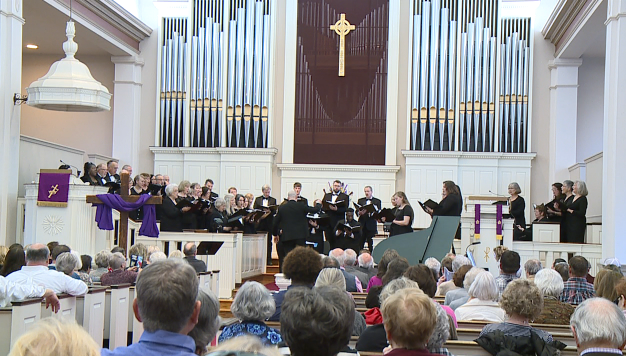 The concert featured songs composed from famous poetic work, such as ‘Frostiana,’ a song composed of poetry from Robert Frost.

Guest artists in the performance were Jeff McLemore on saxophone, Tere Ervin on flute, and Kaylen Williams as a soprano.

President of the Choral Society, and vocalist, Amy Dietrich says this concert appeals to many tastes.

“It really exemplifies the range that poetry can make, from what you took in high school to what you’re familiar with now. Some of them are rocking, some of them are smooth and pretty,” Dietrich said.

The Society’s next concert is May 2nd at 7 pm at West Jackson Baptist Church.

The theme is women in music.