MARTIN, Tenn. — John Sellers, owner of the Martin Coffee House, says he is being forced to shut his lights off, which are essential for his business. 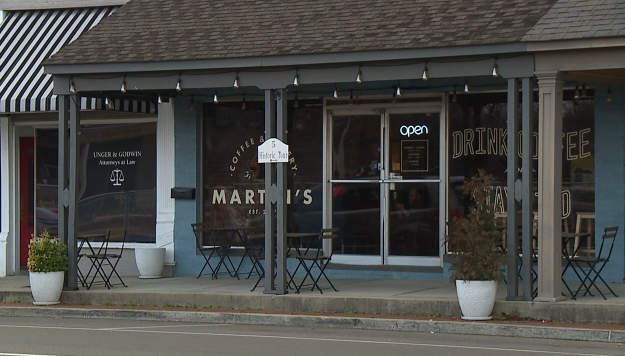 He says many people from the Martin community agree.

“It’s been two years. Why after two years?” Sellers said.

Sellers says he received a letter on January 22 saying to take the lights down off of his store. The letter, sent from the Martin Historic Commission, states the lights are unhistorical.

“It’s a new library being built. How is that historic? Half the town is non-historic, but now all of a sudden our lights, after two years, are no longer historic,” Sellers said.

The historic zoning guidelines state a Certificate of Appropriateness needs to be submitted before any changes are made to the building.

Sellers says his lights were already up when he sent the COA.

And that was denied because the lights were deemed no more historic. “They were no longer historic,” Sellers said.

“I’m astounded that this matter has taken up the time and energy of so many people on social media this weekend, many of whom have an uninformed opinion on the lights.”

Wagster goes on to say there is a procedure that takes place. “Regrettably, the procedure wasn’t followed by the business owner,” she says.

“I have tried to reach out to the commission. I have been sent a swift response through text message to say they are no longer talking about this issue, [and] that I must talk to the attorney,” Sellers said.

This situation spread to social media with over 3,000 people signing a petition to keep the lights on. Some even used the hashtag “KeepMartinLit.”

“They really care about our business. They really want it to thrive. We are at risk because when our lights are turned off, our sales drop 30 percent by our Square data,” Sellers said.

But more importantly if he decides to keep the lights, he will be fined $100 each day the lights are kept on.

He says he will attempt to resolve this issue at the next Historic Zoning Committee meeting at the end of March, and if he is denied in this meeting, he will be forced to take legal action.

In the statement Wagster also mentioned shifting the focus on more important issues in West Tennessee, other than lights.