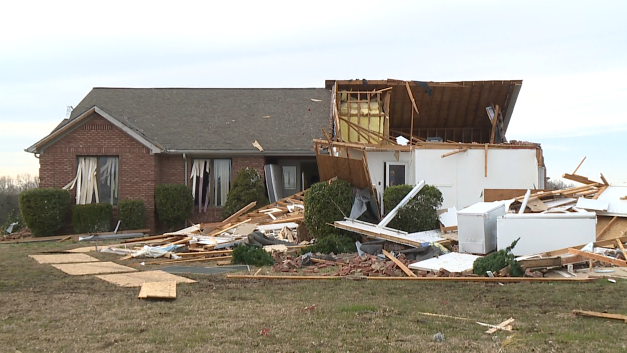 “It’s devastating, something that you work so hard for is going to have to be torn down, and you start over from scratch,” homeowner Chuck Markham said.

Markham’s home is one of several with significant damage after major storms ripped through West Tennessee.

His neighbors on Ballard Road in Benton County also face damage to their homes.

He says he and his family got into a closet in the middle of their home for shelter during the storm.

“Right after we did that, everything got quiet, and then like a sonic boom,” Markham said. “We heard all of the wind and glass breaking. It seemed like forever, but it’s finally over.”

“I started feeling cold air come through the closet door and knew something was wrong and thought part of the house was gone. We got out and looked and the house was pretty much destroyed,” Markham said.

He says he’ll have to tear down his home, but for now, his focus is on clean up. 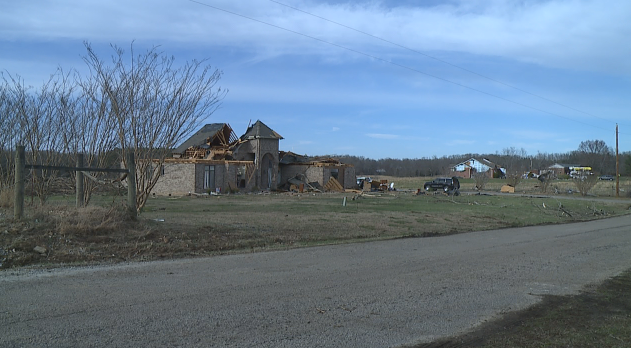 “We’ve been very fortunate that we didn’t have anymore fatalities than we did, because it hit us so fast,” Christopher said.

Sheriff Christopher identified the man who died as 67-year-old Carl Frazee, who neighbors knew as ‘Jack.’

Neighbors say he protected his wife as the storms flipped their mobile home.

Residents say they’re surprised to hear about their neighbor’s death, but say they’ll always remember him for being a good man.

Highway officials say all of the roads are reopened, as electric crews are working to restore power.

“They’ve got most of the power back on, and we feel pretty confident that they’ll have it all back on by tomorrow,” Benton County Highway Superintendent Buck Carter said.

Benton County Schools will be closed March 4 due to tornado damage in the county.