JACKSON, Tenn. — The Jackson City Council voted to move forward with a multi-million dollar project and transfer an old school to a local college. 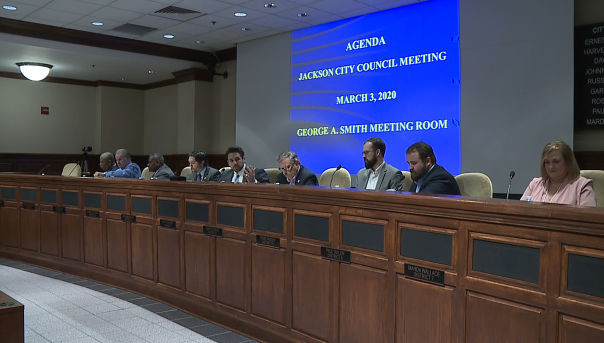 The Jackson City Council voted Tuesday to open doors for the Great Wolf Lodge to come to Jackson.

Currently the hotel-motel tax in Jackson is split 40-40-20 to the county, city and Community Economic Development Commission.

This private act, which has to be voted on by the state legislature, would allow Jackson and Madison County to negotiate that split with the Great Wolf Lodge, possibly allowing the lodge to gain incentives.

“No other hotels or motels are getting their tax structure changed,” said Jackson Mayor Scott Conger. “It’s just for the Great Wolf property. So they can get some return on your investment.”

The city council also voted to transfer the ownership of the old Lincoln School in East Jackson to Lane College, who already has some big plans for the space, including education classrooms and a community center.

“Particularly one of the aspects we’re most excited about is the use of the building as a computer center for low-income and high-achieving students who live in the area,” said Richard Donnell, Lane College President’s Senior Advisor.

The college plans to start moving into the school by fall of this year.

“At this time I want us to understand that Lane College cannot do this by itself,” Donnell said. “We will be reaching out to other community partners to help us in other ways to get this done.”

“We’re not in a financial position to just go handing out dollars, but we want to make the necessary investments to make sure all of the communities in Jackson thrive,” Conger said.

The private act has to be voted on by the state legislature by the end of session, expected to be mid-April.