Repaving of Jackson roads to begin in April

JACKSON, Tenn. — The City of Jackson has officially begun plans to repave roads across the city. 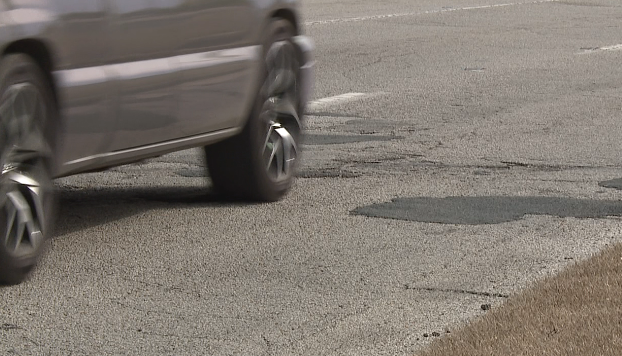 “We’ve had trailers go by here and lumber get thrown off the trailer. We’ve had a tire come off the back of a trailer that was on the trailer and actually roll through the parking lot and hit a vehicle because it’s so rough down through here,” business owner Dennis Mitchell said.

WBBJ 7 Eyewitness News reporter Julia Ewoldt asked Mitchell how long it’s been since the section of Hollywood was repaved in front of his business. He had to go ask someone.

That section of Hollywood is one of about 30 streets in Jackson set to be repaved this year.

Some other roads you might recognize include Stonebrook Place, in front of Target, and Old Hickory by the mall.

“We had $3.75 million in the budget this year,” city engineer, Scott Chandler said.

There are ten levels of priorities, with one being the worst and ten being the best. They were all measured individually last summer.

“Rutting, cracking, potholes. It’s assessing a whole street by all of those conditions and assigning it an overall score,” Chandler said.

And these 30 roads will start their makeover this April.

“We’ll certainly enjoy the road being smoother, and I’m sure all the people who come through here will as well,” Mitchell said.

Repaving these streets isn’t the end of it. Right now the city has a plan to repave 100 percent of priority one and two streets in the next four years.

Jackson Mayor Scott Conger also asked people to be patient as this starts and to respect the crews.