JACKSON, Tenn. — The shelves at Target that normally hold hand sanitizer and disinfectant wipes were almost completely sold out Monday. 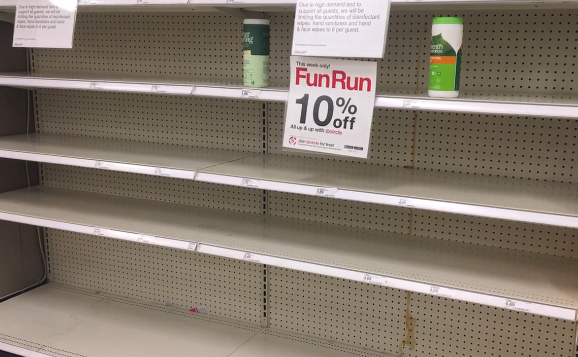 Only a few bottles of wipes remained, and there wasn’t any hand sanitizer.

They even had signs on the shelves limiting the quantity people could buy.

Other stores had similar stories. There were only a few bottles of hand sanitizer left at North Walmart, that were quickly purchased.

But their shelves were still stocked with other cleaning supplies. It was the same with Kroger, Sam’s Club, and CVS Pharmacy. 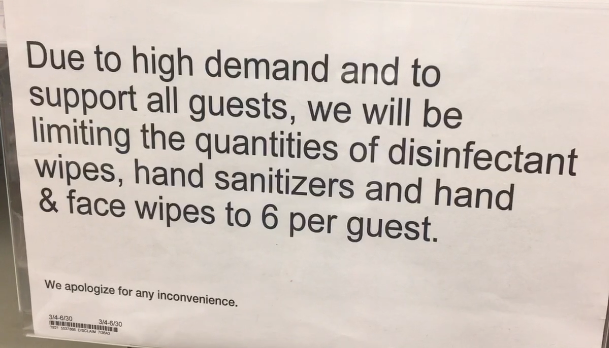 The shoppers we talked to around Jackson say they are not doing things much differently than normal.

“I mean I think everyone has to do what they think is best for them and their family,” Neihoff said. “I’m going on vacation in Florida soon, so I’m not going to let it impact my life.”

“Just a lot of hand washing and trying to stay out of public places,” mother Rachael Permenter said.

“Using Germ-X every now and then. Other than that, I would be free as a bird,” Kimberly Neely said.

But even though shoppers are remaining calm, they are staying aware.

“My son has a low immune system, so going out, he could pick it up so easily,” Permenter said while holding her son.

Health officials say the best way to stop the spread of this virus is to wash your hands for at least 20 seconds and to not go out if you’re feeling sick.

There aren’t any confirmed cases of the coronavirus in Madison County.