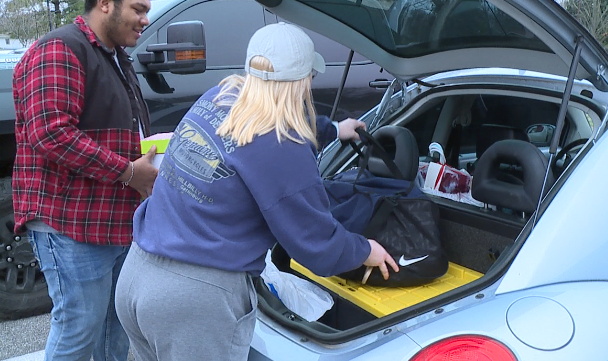 The UT Martin campus is usually buzzing with activity. Thursday, it was almost silent.

“It’s pretty crazy. It was kind of expected. All the professors had been talking about it,” said student Kristen Rice.

Wednesday night, the University of Tennessee announced the entire system, including UT Martin, would go to online courses until April 3rd due to cornavirus concerns.

“It gives students an opportunity to not be in such large groups, but also gives us an opportunity to see how this virus is spreading, and the incubation period on it is about 14 days, so I think we’ll have a better idea next week and the week after how things look,” said UT Martin Chancellor Dr. Keith Carver.

University officials said that while they’re trying to clear out the parking lot and the campus, it is ok if some students need to stay. They can fill out a waiver and stay on campus if they have obligations they need to fulfill.

“I think it’s a good idea, even though it’s a slight inconvenience for some people, but at the end of the day they’re just taking their precautions and making sure it doesn’t get worse than it is now,” said student Aaron Washington.

But with labs and lectures, students and professors are now having to figure out how they’re going to make online classes work for everyone.

“My chemistry professor just sent out an email saying we are going to have a quiz on Monday. So hopefully I’m still going to get my grade up,” said student Kaitlyn Jamerson.

In the meantime, the University of Tennessee system is evaluating campuses every day.

“We’re making every effort to make sure that first week of April, in-person classes resume as normal,” Carver said.

The university has also created a link on their website with daily updates.

The University of Memphis has extended its spring break and is also transitioning to distance learning. This does include the Lambuth campus.