JACKSON, Tenn.–Although there are no confirmed cases of coronavirus in Madison County, the virus could impact our area in other ways. 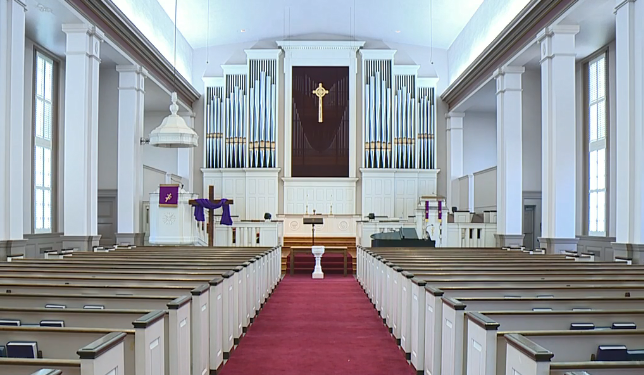 With 18 confirmed cases of coronavirus in Tennessee, how does it impact where we go while out in public?

With that in mind, some public places are taking action now.

John White, pastor of First Presbyterian Church in Jackson, says he wants to be proactive.

“We’re going to be cleaning our facilities more than usual, using cleaners that are approved by the CDC,” White said, “we’re thinking about canceling some of our regular scheduled activities that involve large gatherings of people.”

White also says the church is also considering not passing around the offering plate or friendship tablets during worship to prevent spreading germs.

“We’re taking it very seriously, and we’re at the same time trying to maintain contact with the community and the people in our church,” White said.

Other churches in Jackson, like Englewood and First Baptist, say they’re not making changes right now, but they’re monitoring information on the virus and will make changes if needed.

Some universities in West Tennessee are changing plans.

The University of Memphis Lambuth will extend spring break to transition into remote learning, excluding laboratories and certain classes.

Campus dining services and housing will still be open.

Because of UT Martin’s closure, it canceled a special event for Vietnam veterans who are alumni members of the Alpha Upsilon chapter of Alpha Gamma Rho.

“We are a little disappointed but considering the circumstances with the university and the virus, we don’t feel like we have a choice but to live with it,” Raines said, “we had approximately 300 people scheduled to be at the founders day event.”

Organizers planned to honor 20 members who served in Vietnam with a luncheon and program at the Elam Center on campus.

Raines says they’re rescheduling their event for a later date.

Governor Lee declared a state of emergency for Tennessee.